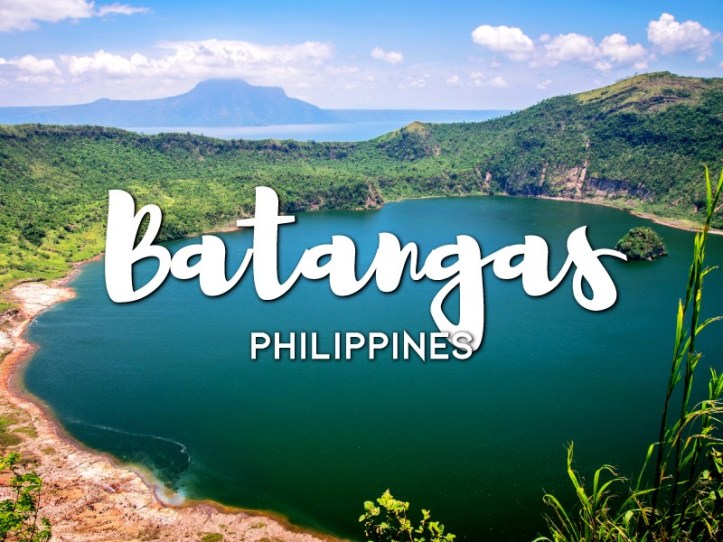 
Officially called the "Province of Batangas" is province in the Philippines located at the CALABARZON Region in Luzon. The "BA" in CALABARZON stands for the acronym for Batangas. The Batangas is home to one of the active volcanoes in the Philippines, the Taal Volcano. And the famous Mt. Makiling. A dormant volcano that can be potentially active.


Batangas is my number 1 favorite province here in the Philippines since this is my family's province. The area of Batangas is 3,165.81 km² and its cities are Batangas, Lipa, Tanuan. The province is known as the home of heroes and patriots.

Historical Figures that Once Lived in Batangas. 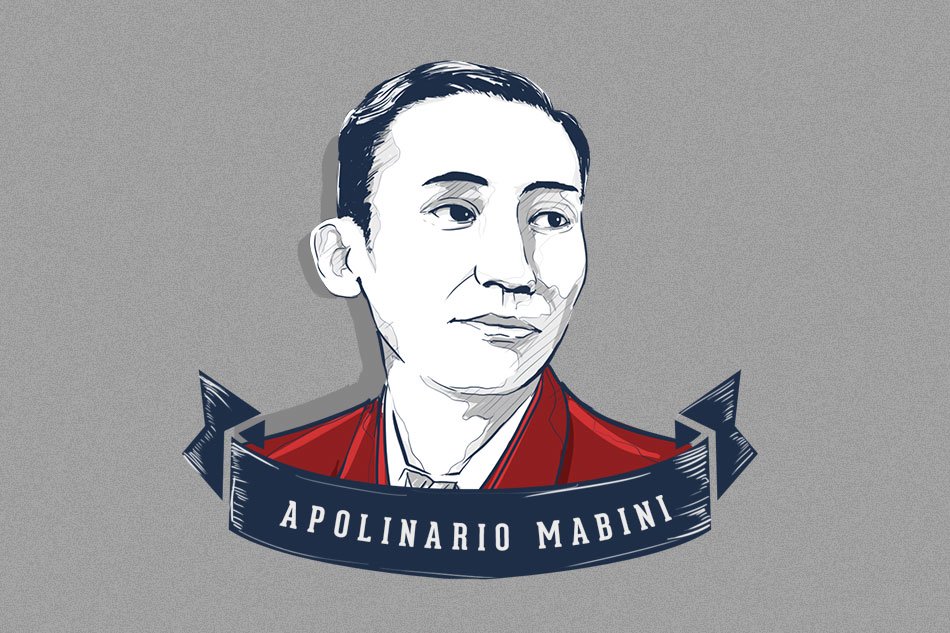 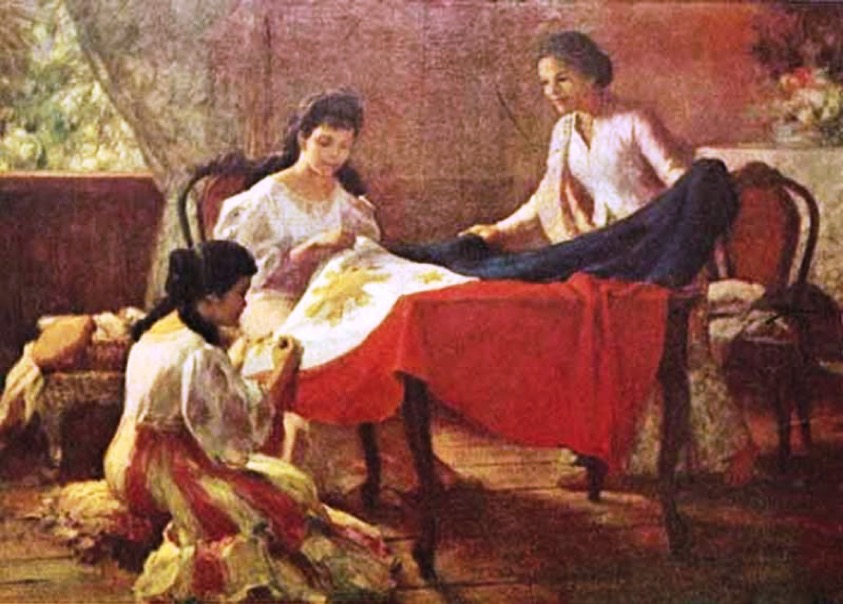 A painting by the reknowned Fernando Amorsolo of Marcella and her five-year old daughter, Lorenza and Mrs. Delfina Herbosa Natividad, Dr.José Rizal's niece by his sister Lucia. The flag was hand-sewn by the three women and it took about 5 days to finish he Philippine flag. 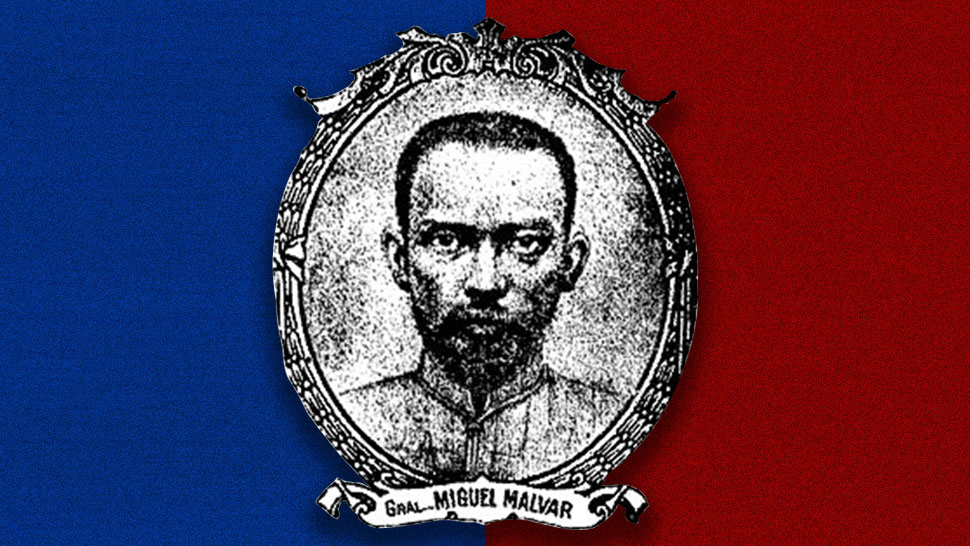 Batangas was first discovered by two Spanish Generals, Martin de Goiti and Juan Salcedo in 1570 when they explored the shore on their way to Manila for a Malay settlement. And in 1572, they had founded the Town of Taal then, they discovered Batangas' towns, Balayan and Lipa were discovered afterwards.

According to Guinness World Records, the largest island in a lake on an island is situated in Batangas (particularly at Vulcan Point in Crater Lake, which rests in the middle of Taal Island in Lake Taal, on the island of Luzon).

Linguistically, Batangueños are also known for their unique affectation of often placing the particles eh or ga (equivalent to the particle ba in Filipino), usually as a marker of stress on the sentence, at the end of their spoken sentences or speech; for example: "Ay, oo, nga eh!" ("Aye, yes, indeed!"). Some even prolong the particle 'eh' into 'ala eh', though it really has no meaning in itself.

English is widely understood in the province.

Visit webpage to see what are the historical landmarks of Batangas Province.

| Activities that You Can Do in Batangas.|

There are a lot of activities you can do and features you can visit or see for yourself in this lovely province!

As I have said from the history of Batangas, the province is home to the famous Mt. Makiling or Mount Maquiling. This mountain is known to resemble a woman lying down. There is a legend that wraps this mountain, it is said that this is were the legendary anito or deity Maria Makiling resides. The mountain rises to an elevation of 1,090 m. The volcano has no recorded historic eruption but volcanism is still evident through geothermal features like mud spring and hot springs. But the PHIVOLCS classifies it as "potentially active." It was declared as an ASEAN Heritage Park in 2013, with the title of "Mount Makiling Forest Reserve".


Maria is the guardian of the mountain and she's the spirit that protects the land's creatures and nature. Mt. Makiling is located at Los Banos, Batangas and at a jump-point from UP-LB and it's a 4-5 hour hike. But be aware, some stories from previous hikers/mountaineers say that the mountain's trails are so confusing that even professional hikers get lost from time to time, other than that the weather's unpredictable so be careful of slippery trails if it suddenly rains and you're going for a hike. But despite the mystery that resides in this mountain, Mt. Makiling is still a popular tourist-spot for mountain-hiking, so if you're feeling adventurous so give it a go! The good thing is the forest's trees are so thick and dense that you wouldn't need to put on sunscreen, you can also see some rare and exotic plants, but again, be careful since those plants can be poisonous. Climbers can also encounter leeches on the way. 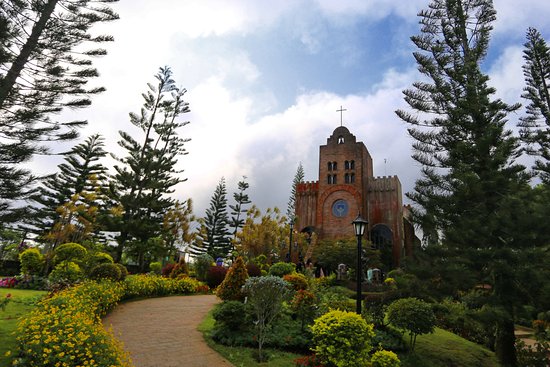 The Calaruega Church is one of my favorite places here in Batangas. The solemn and peaceful ambiance is soothing and calming to the mind. If you're like me, who wants a time away from the busy life of the city and wants a peaceful place to ease off your mind and take off your worries, then this place might be the one for you. Going to this place, it's like going to another world beacuse of the old structure and its churches. There is no entrance fee when you plan to go to Calaruega, so that's a plus.


Caleruega got its name from a town in Spain, which was the birthplace of St. Dominic de Guzman, father of the Order of Preachers and the patron saint of astronomers. It was founded in 1995 and currently under the administration of the Fathers and Brothers of the Dominican Province of the Philippines. Known as one of the most popular wedding churches near Tagaytay (it is actually in Nasugbu, Batangas ), the Caleruega Church is perfectly perched atop a hill. Because it is surrounded by greenery, needless to say, Caleruega is promoted as a place that is close to nature and closer to God.


A perfect place for a retreat, this place is surrounded by beautiful flowers and plants, and it's a great place for bonding with your family of friends, this place also has a lot of spots that visitors can go to for free and enjoy!


Click on this page to see what are the spots and what you can do inside the Church.


These spots are great for people who loves taking pictures, the Calaruega Church also gives visitors a brochure that has a map of the whole place so first-time visitors won't get lost.

GO TO THE BASILICA OF ST. MARTIN DE TOURS. 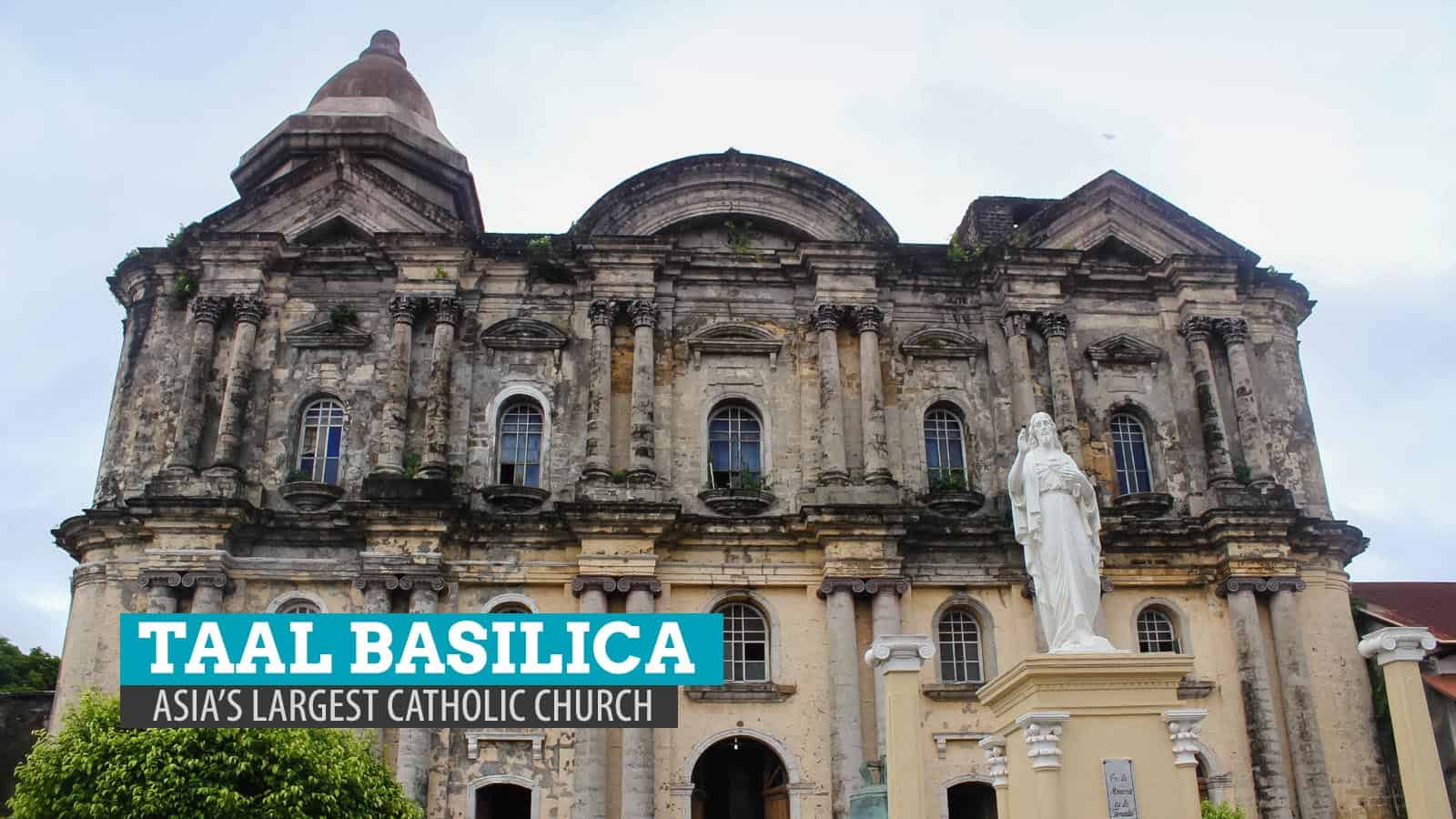 Known as the largest church in the Philippines and also in Asia!


This Minor Basilica located in Taal, Batangas was built in the year 1572 by the Augustinian Missionaries and is said to be so big that it can house another huge church! In 1575, 3 years after the founding of Taal town in its old site near the shores of Taal Lake, work began on the construction of its first church by Father Diego Espinar (O.S.A.) with Saint Martin of Tours as patron saint. The church was rebuilt in 1642 using stronger materials but in 1754, it was destroyed along with the town of Taal in the largest recorded eruption of Taal volcano. The ruins of the previous church can still be seen in San Nicolas.


Four years after the catastrophe, another church was built at the same site under Fr. Marcos Anton, who commissioned architect Luciano Oliver to create the design and run the construction. In 1865, almost a decade later, the newly erected church was inaugurated despite its unfinished state. The construction was finally completed in 1878 with the addition of its gigantic 79 ft altar under the supervision of Fr. Agapito Aparicio. It was a massive church, the biggest at the time and would remain the biggest even centuries later.


The church was then restored in 1953 in preparation for the Canonical Coronation of the Our Lady of Caysasay. The following year on December 8, 1954, the church was declared as a Minor Basilica, the third in the country to be given such honor.

TAKE A DIVE AT ONE OF THE COUNTRY'S MARINE RESERVES, ISLA VERDE. 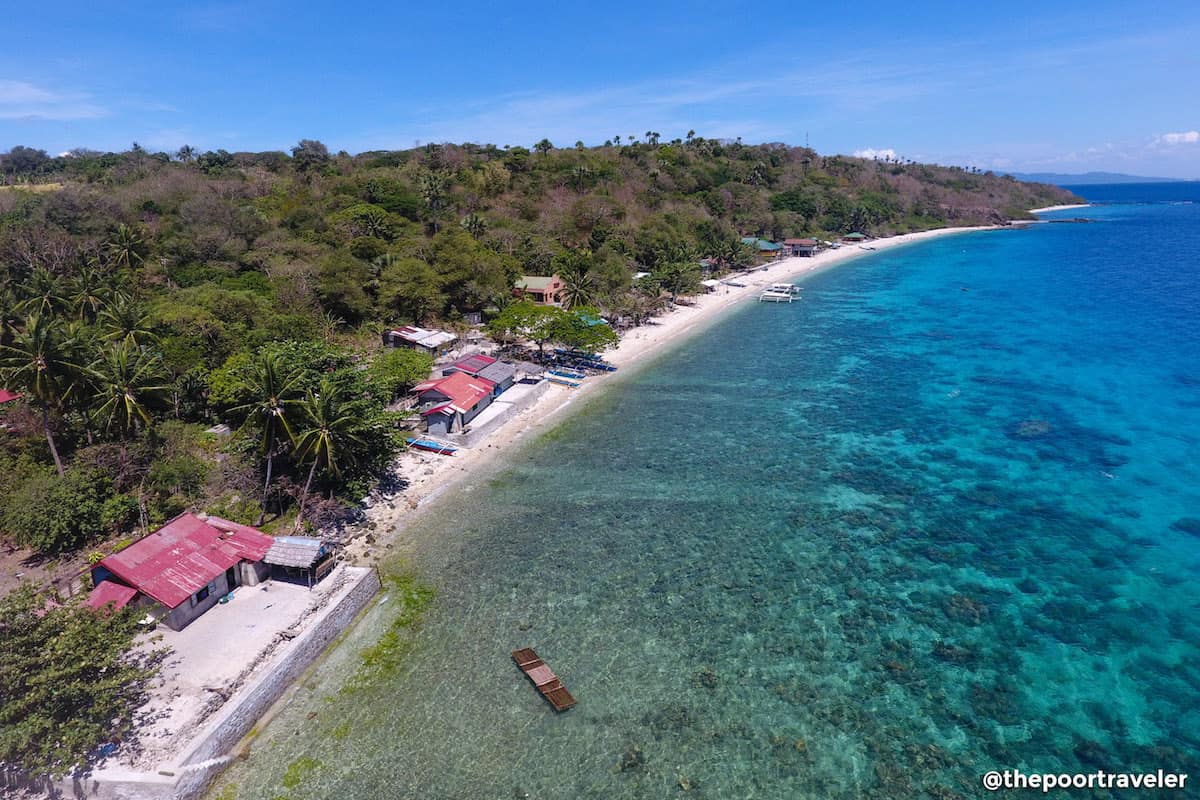 
One of the famous destination within the island is Mahabang Buhangin, a kilometer-long stretch of white sand beach. Another one is Cueva Sitio, a cave that leads to the other side of the island. Verde Island has been a destination for tourist and divers in Batangas City since 1999, after the Pastor clan opened an P80 Million resort at Brgy. San Antonio.


For more information about the Verde Island, you can click this link!

YOU CAN TRY OUT SOME OF THEIR FAMOUS PRODUCTS! 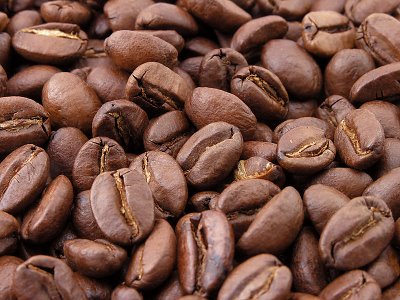 Considered as the most popular Batangas product, kapeng barako is a local brew from the Liberica coffee variety. It is prepared using a coffee-maker or by simply pouring hot water unto the beans and straining the mixture using a piece of cloth. Kapeng barako is usually sweetened with brown/muscovado sugar or honey or it can just be served black. Barako can also be used to make expresso or expresso-based drinks. 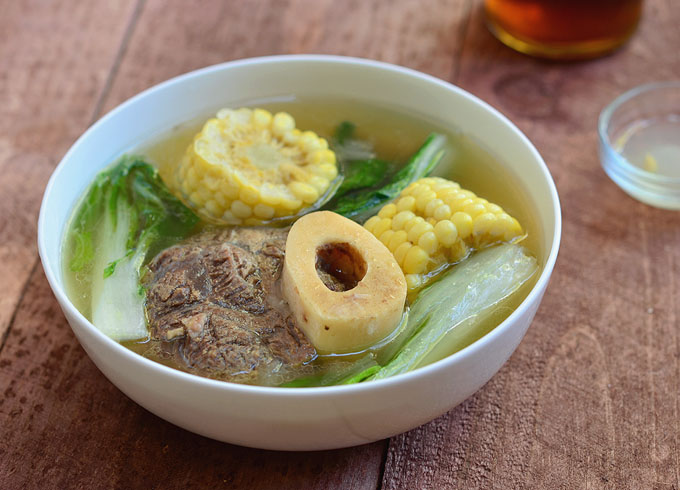 Aside from coffee, Batangas is known for its bulalo. Regarded as the signature dish of the province, bulalong Batangas (or bone marrow soup) has beef shank boiled in water with garlic, black pepper, onions, and salt. It also has some vegetables, like cabbage, potatoes combined with Japanese corn. The recipe of this dish varies from chef to chef, it's usually served with piping hot white rice and patis or fish sauce, Bulalo is a Filipino's certified comfort food for the rainy season. 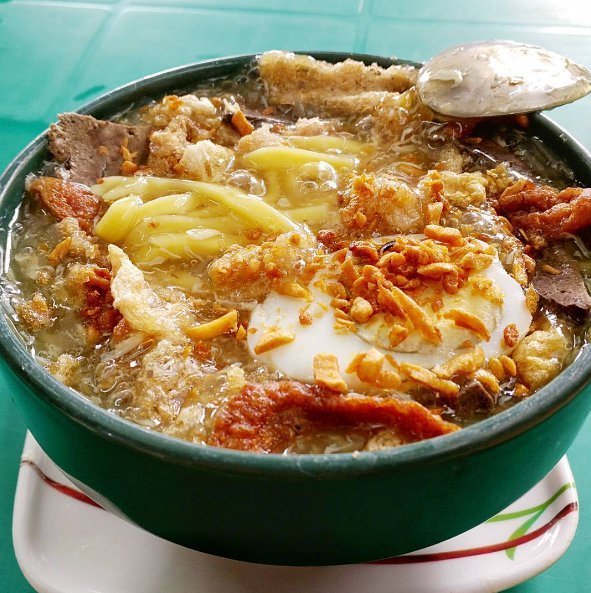 Trips in Batangas will never be complete without having a taste of the well-known Batangas lomi. This savory noodle dish has different versions on various places of the province. It's a super thick yellow soup, lomi noodles, kikiam or Ngo hiang slices and cooked meatballs and chicharon and hard boiled egg/s on top, garnished with freshly shopped onion leeks. 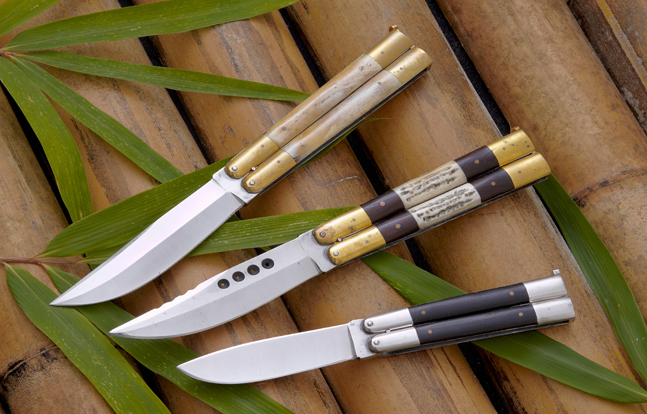 It comes in different sizes, the most popular of which is the “bente nueve” (another term for the balisong knife itself) or the 29-centimeter long variation.

This folding pocket knife is mostly available in the town of Taal. The balisong was commonly used by Filipinos, especially those in the Tagalog region, as a self-defense and pocket utility knife. A common stereotype is that a Batangueño carries one everywhere he or she goes. In the hands of a trained user, the knife blade can be brought to bear quickly using one hand. Manipulations, called "flipping", are performed for art or amusement. Blunt versions of these knives, called "trainers", are for sale to practice tricks without the risk of injury.

For my meat lovers out there! Have a try of this famous delicacy in Batangas, the Tapang Taal! It is prepared by marinating the pork in soy sauce with lots of garlic, calamansi, and pepper. Either fried or grilled, the combined sweetness and garlicky taste of this delectable dish is truly irresistible! 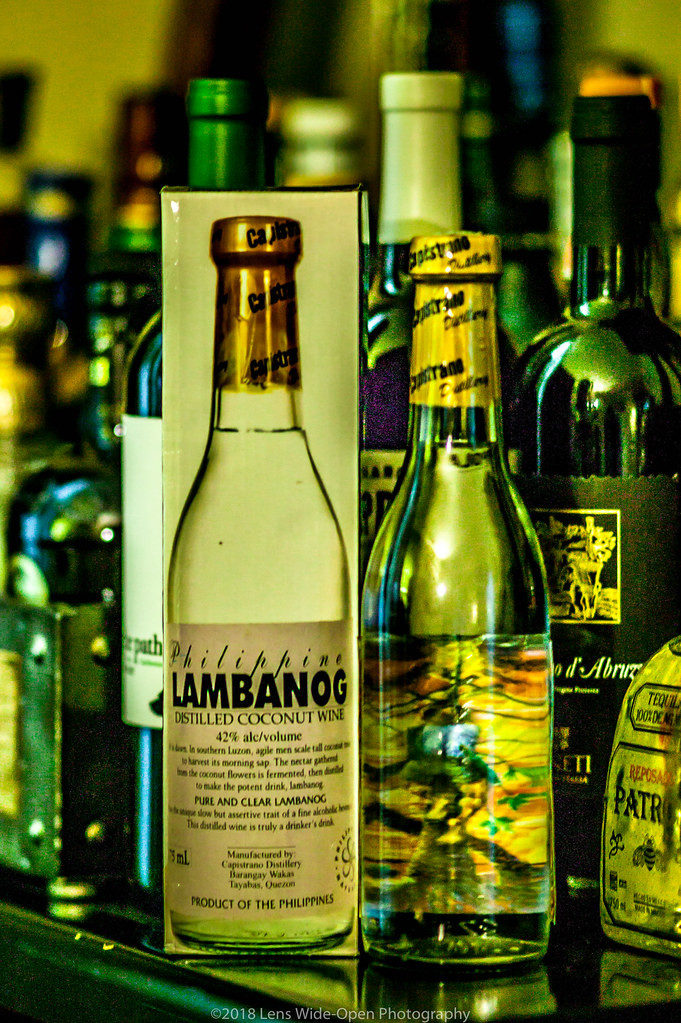 Coconut trees grow in abundance in the town of San Juan. That is why lambanog (coconut wine or coconut vodka) is among San Juan’s top three products. Modern lambanóg has recently been marketed in several flavours such as mango, blueberry, pineapple, bubblegum and cinnamon in an effort to appeal to all age groups. Its smoothness has been compared to that of Japanese sake and European schnapps.

Unregistered lambanóg production is illegal in the Philippines under regulations by the Food and Drug Administration and the Department of Agriculture. Consumers are warned to only purchase lambanóg that is properly sealed and made by companies registered with the FDA.


There are a lot of fun things to do in Batangas, and if you want to know more about Batangas, you can check out this site.